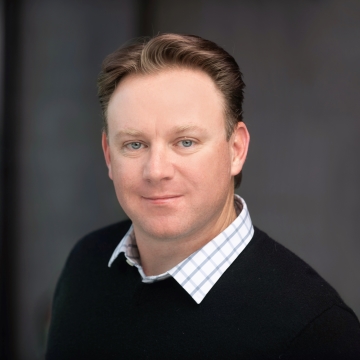 Born and raised in Reno, Nevada, Dan Gallagher is a mentor of many kinds: a father, a baseball coach, and an industry veteran dedicated to supporting the growth of those around him. He finds the ever-changing nature of digital media and search thrilling, because it means there will always be something new to learn. “No matter how much experience you have, nothing is ever stale. That’s straight-up exciting to me.”

As Chief Strategy Officer at Booyah, Dan’s work often focuses on the intersection of innovation and teamwork. He manages a team of Channel Directors that includes leaders in display media, paid social, paid search, marketplaces, organic media, as well as analytics and creative. Together, the team handles big business development pitches, testing and roll-out for new media innovations, growth of emerging channels and platforms, and mapping out agency processes. Dan’s leadership approach is direct, and his style of communication tends to be concise. He appreciates those who spend more time doing than saying they’ll do something— an idea inspired by his childhood idol, Chicago Cubs Hall-of-Famer Ryne Sandberg: “What always stood out to me was that Sandberg was one of the best, but also one of the quietest players on the field. He let his performance do the talking. And he prioritized the team’s success above his own accomplishments.”

Dan earned a B.S. in Business Administration and Information Systems with minors in Advertising and Journalism from the University of Nevada. In his first post-college job, he helped design a new global website for sales consulting company Miller Heiman, which led to an interest in the inner workings of search results. He realized early that a website’s aesthetic wasn’t the most important aspect of online commerce and began researching ways to boost website traction with various search engines. “At the time, Yahoo was the big search engine and Google was a rising platform. So I did everything I could to learn about SEO, SEM, and web analytics. I had a knack for it.” His talent for search optimization and web analytics eventually led to a position as Senior Search Account Manager at Avenue A (now Razorfish), the top global advertising agency at the time, where he ultimately met and joined an up-and-coming agency called Booyah in 2006.

Dan’s role at Booyah has grown and evolved along with the company itself, from his early days as Senior Account Manager to his current executive role. In his time at Booyah, he’s led some of the company’s top-tier accounts, from the early days with Gaiam and Vitamin Shoppe to growth periods with DISH, Teleflora, Gap, and Discover Card. Dan also helped establish new lines of service around programmatic, organic media, creative, and analytics.

In 2018, Dan purchased Booyah along with colleague and friend Troy Lerner, with the goal of growing Booyah into one of the largest independent agencies in the country. Dan and Troy shared several priorities that continue to drive business and inform company culture today: a genuine respect for individuals at all levels and in all roles, and a focus on developing lasting client relationships built on mutual trust and transparency. His hopes for the company’s future focus on growth for both Booyah and the clients he’s built relationships with over the past fifteen years. He intends to take advantage of Booyah’s position in the industry to continue to do what they do best, and to learn how to do it better.