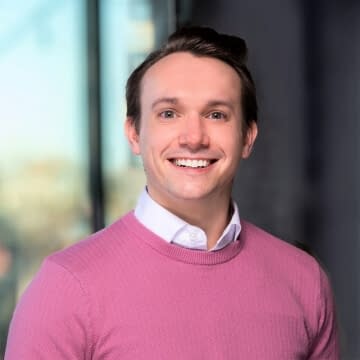 Born in St. Louis, Missouri, Elliot Glass is privileged to bring his creative talents and analytical skills to Booyah. Before earning a B.A. from the University of Missouri, he discovered the importance of a niche when his niche Facebook group grew to hundreds of thousands of members. Over time, this development led him to a passion for all things digital marketing, eventually carving out his own niche in content marketing.

Elliot has experience in a variety of agency settings, working with clients across many verticals to deliver strategic initiatives that achieve their marketing objectives. As a Content Marketing Manager at Booyah, Elliot is responsible for the development and execution of clients’ content marketing strategies.

He remembers Paul Thomas Anderson’s 1999 film Magnolia fondly and, though he wasn’t keeping tabs at the time, would argue that the film should have received the award for Best Picture at that year’s Academy Awards over Shakespeare in Love. Who remembers Shakespeare in Love, anyways? It isn’t on any of the major streaming platforms, and he’s never seen it air on cable. Though, he admits that Magnolia isn’t for everybody.

As it so happens, sometimes when frogs fall from the sky — like in the climax of should-be-Best-Picture Magnolia — one might just land on your niche.