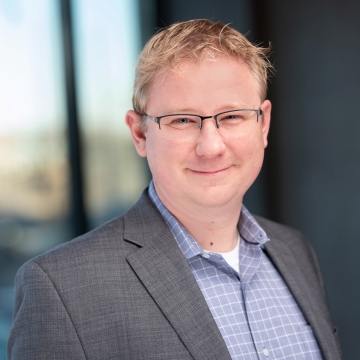 Thoughtful, observant, and meticulous, Kristopher Knight was born in a small town in Missouri to parents who were both bankers. Perhaps destined to work in accounting (his earliest toys were banking supplies his parents brought home from work), it’s no surprise that he grew up to be a successful CFO. “I remember playing with check books, balancing books, making spreadsheets on my dad’s computer… I still spend hours doing this!” After earning a B.S. in Business Administration in both Finance and Accounting, Kristopher considered pursuing a career in law before ultimately accepting his destiny as a Chief Financial Officer. He still spends much of his time sorting and aligning numbers in Excel— an activity that continues to bring him satisfaction. He also finds deep fulfillment in family life: He’s a proud father of three, and spends weekends with his wife and kids doing whatever crazy activities the kids invent. “My kids are too creative. We prank each other a lot…”

Kristopher joined Booyah in 2013 as a controller, a top financial position at the time, and has stuck with the agency through various growth and changes. As the current CFO, much of his time is spent considering risks versus rewards. He’s adept at connecting the financial dots across different departments and projects, which requires a good sense of numbers as well as a detailed understanding of how those numbers affect different aspects of the business. Kristopher excels at this type of applied, intuitive balancing. But what initially drew him to the advertising industry, and specifically to Booyah, was its focus on people and relationships. “There’s a huge emphasis here on how we treat employees, vendors, clients, strangers, really everyone we encounter.  The group’s happiness and motivation are important to the leadership, so there’s a major human element to this job that doesn’t necessarily exist in other agencies. That’s what keeps me here.” Acting as the company’s secretary and treasurer as well, Kristopher’s role as Booyah’s CFO has evolved to include overseeing aspects of IT and HR in addition to fiscal management.

It’s not the fiscal or the legal aspects of his work that Kristopher loves the most, however; it’s the order. He finds joy in simple things like yard work and taking care of his personal space. He organizes his thoughts before he speaks. He’s a genuine lover of rules, because he understands how well-made rules impact the efficiency and functionality of any system. What makes him unique as a leader in his field is that he also knows when to be flexible with those rules. Contrary to the staunch stereotype of the unbending accountant, Kristopher recognizes the importance of flexibility. “There have to be rules and structure for a business to work. But I think part of my job is balancing when to be rigid and when to invite change. You have to adapt to life as it comes, and sometimes ‘the way we’ve always done it’ isn’t the best possible way.” He has a natural ability to prioritize needs according to varying situations, and the kind of agile intelligence that allows him to thrive in an industry known for constant, unexpected change. “I’ve learned that it’s important to see the people behind the process, and to adapt that process accordingly.”